The 2014 list of common produce in the grocery stores that have the most and least pesticide residue are out. Strawberries are again high on the list of Dirty Dozen, but Kale has appeared for the first time. The study this year added more greens to be tested. Plus, differentiate between domestic and imported produce where results were significantly different between the two sources. 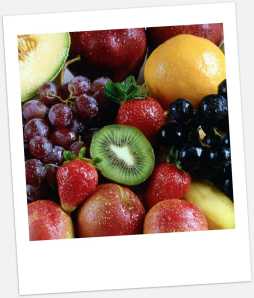 I find this annual list interesting, and quite sad because some of my favorites are always on the list.  Plus, the results aren’t specific enough to say exactly what pesticide were found on the various types of produce.  An example, is that grapes (and consequently wine) often have sulfides on them, but grapes actually produce this chemical naturally and it often turns out that the results are skewed, IMHO.  I also know from apple grower friends that they have to use pesticides  to deliver apples to use that are not infested with worms.

It is only rational to reduce pesticide residue on our food.  There are several things you can do to reduce the level of pesticide besides buying organic.  You can wash your food, soaking apparently helps, and there are products to soak the produce in that reduce the levels.  However, some produce requires so much that you just can get it out.

The Environmental Working Group (EWG) is an American environmental group that works on research and advocacy in the areas of toxic chemicals, agricultural subsidies, public lands, and corporate accountability.

This list does let people make a more informed decision, and choose to go organic or do without.  The EWG has helped to force significant changes to the safety of our food supply.  I wish that my grocer knew more of where my produce come from, and could press for safer products.